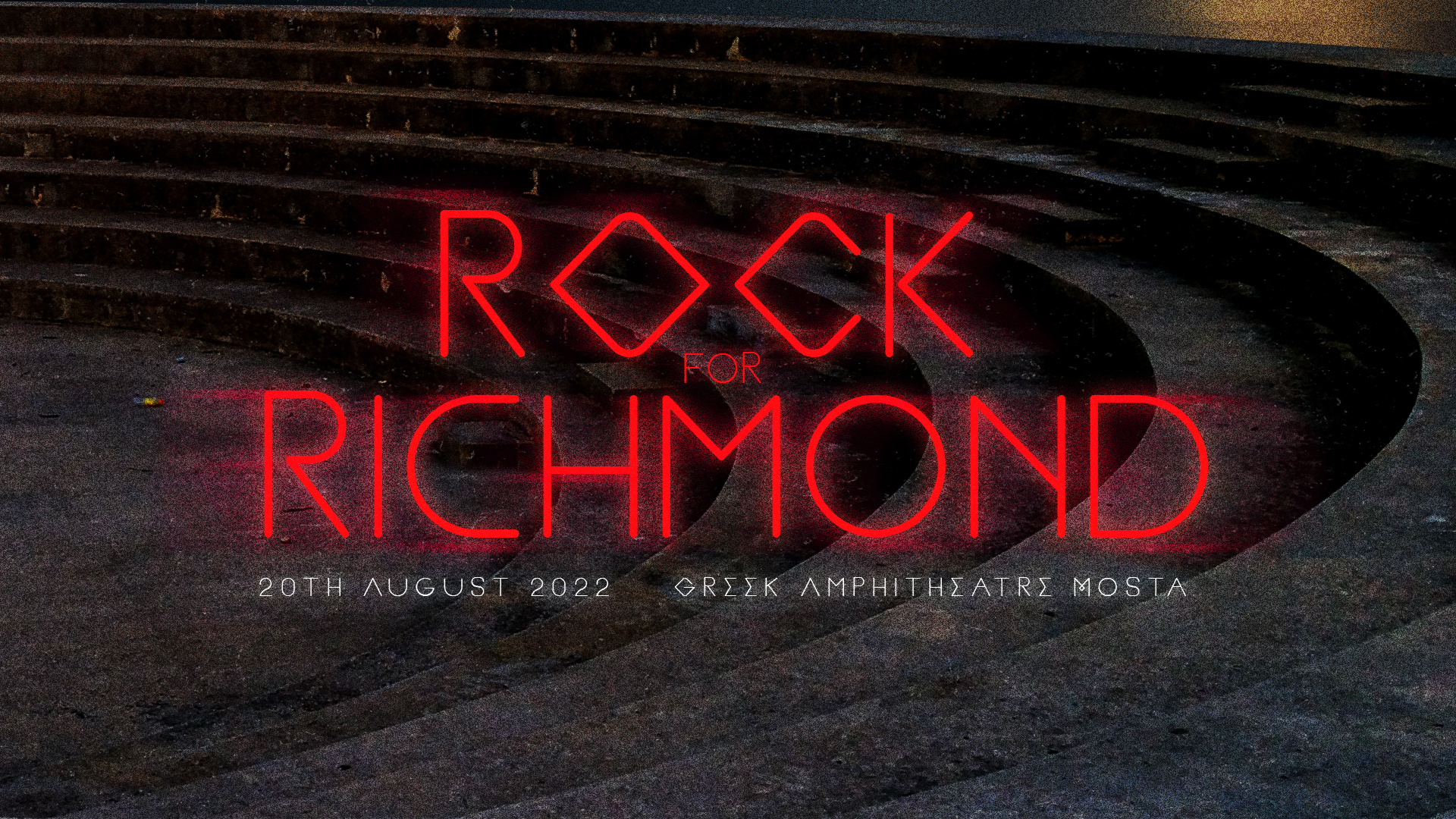 Following the success of the previous concerts in 2018 and 2019, and after a short interval, the third edition of ‘Rock for Richmond’ finally returned on Saturday 20th of August at the picturesque Greek Amphitheatre in Mosta.

With around 500 people in attendance, the sold out event saw a mix of fresh and familiar faces. For this year’s edition, Richmond welcomed on stage the young artist Enrique Rezo and surprising guest Clinton Bugeja known as Lokko; the band Beangrowers; the come-back after thirteen years of the legendary Shostakovich’s Nightmare; and a closing act by Brodu.

Interested in learning more about the story behind this event? Here’s the full interview here to learn what the event organisers had to say about this much anticipated festival.

A special thanks goes to Village Core Bakery, Caliban Company Limited and Mosta Scouts for also supporting this initiative.

All proceeds of the concert went towards supporting the latest community housing project ‘Dar Tereża’ designed to provide a safe haven for mothers and their children to be together as the mother journeys through her mental health challenges to a better, more balanced and serene way of life.

This website uses cookies to improve your experience while you navigate through the website. Out of these, the cookies that are categorized as necessary are stored on your browser as they are essential for the working of basic functionalities of the website. We also use third-party cookies that help us analyze and understand how you use this website. These cookies will be stored in your browser only with your consent. You also have the option to opt-out of these cookies. But opting out of some of these cookies may affect your browsing experience.
Necessary Always Enabled
Necessary cookies are absolutely essential for the website to function properly. This category only includes cookies that ensures basic functionalities and security features of the website. These cookies do not store any personal information.
Non-necessary
Any cookies that may not be particularly necessary for the website to function and is used specifically to collect user personal data via analytics, ads, other embedded contents are termed as non-necessary cookies. It is mandatory to procure user consent prior to running these cookies on your website.
SAVE & ACCEPT